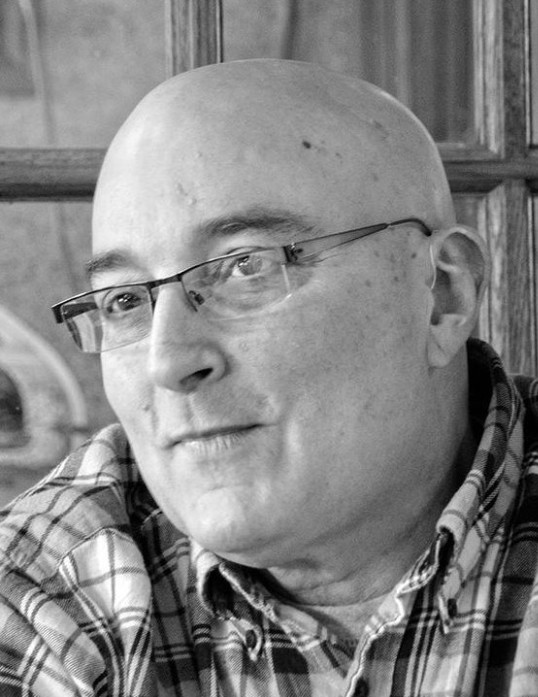 Tim is in heaven now, singing with the angels.  He fought such a good fight and has left the world a better place.  Tim was preceded in death by his parents, Victor and Jane, brother Larry, and many special friends.  He is cherished in life by the love of his life Georgie (GiGi) (Corbin) Scheeser, daughters Amanda (Joshua) Coyle, and Jessica (Kenny) Haynes.  He also leaves behind his four beloved grandsons who were his biggest fans, Jaxson Victor, Grayson Paul, Kamdyn Timothy, and Landyn Cody.  He loved them immensely and they will miss their PopPop so much.  He is additionally survived by this brother in law, David (Charlene) Corbin, two nieces, and one great niece.

Tim lived his life to the absolute fullest.  He fell in love with his GiGi when he met her on the dirt pile when he was four years old.  They grew up together and have been best friends ever since.  He played football in high school and developed many lifelong friends while doing so. We were always amazed that he could remember the exact stats from every football game that he played in, even 50 years after the fact.  During that time, he also sang in the Ensemble and was a part of his first band, The Young Sounds.  It was here that his love for music began.  Music was a constant in his life and brought him so much joy.  Throughout the years, he has developed some of his closest friendships through music.  He loved his band brothers so much and cherished the memories made with all of them.  To him, you were family.

He also shared his love of football with many young men through his time spent coaching youth football.  Together they created many memories and he was always happy to be called “Coach”.  He could also be found in the press box at Green High School announcing the girls soccer games or with his camera filming track meets.  He absolutely loved football, and even though he had two daughters, he made sure that he taught them everything there was to know about the game he loved so much.  On any given Saturday or Sunday, you will find them both in front of the TV, cheering on the Buckeyes and Browns.  Although football season will be different this year, Pop we promise to wake up feeling dangerous on any day that the Browns are playing.  And, WHEN they win the Super Bowl, we know you will be right here watching with us.

More than any of this, he absolutely loved his family.  His Gi was his best friend and up until the very end, his only concern was that she was taken care of.  He loved his girls with his whole heart and made sure to tell them how proud he was of them.  Because of his girls, he also has two of the best sons in law a guy could ask for.  He had so many good times and laughs with them as well. He was most thankful though for his four grandsons.  They made him PopPop and he made them the four luckiest kids on the planet.  He was so good to them, making sure that he spent quality time with each of them, teaching them all the things that boys need to know about what it takes to be happy and truly good people.  The pride he had for each of them was immeasurable.  The legacy that he leaves behind will be one that they will carry on with great pride.

To all of you that have been a part of his life in any way, always remember how much he loved and valued each of you.  From his oldest friends from high school, his friends (that became family) from Lawsons, his friends at Detroit Diesel, and all the rest of you that he has met along the way, he genuinely loved and cared for all of you.  In the days that are hard, and you miss him the most, remember the good times and smile.  That is exactly what he would have wanted.

The family asks that in lieu of flowers, please continue his legacy of love and kindness through doing something to bring peace to the heart of someone who needs it.  Spend time with your loved ones, play outside with your grandbabies, smile at a stranger, listen to someone who needs to talk, sing a song, or give a hug.  He wouldn’t want it any other way.  Additionally, GiGi is requesting that you write down a memory or something that you would like to share about him and bring it to the funeral home or drop it in the mail to her.  She will be putting together something for his grandsons to help them to remember what a wonder their PopPop was.  We will miss him horribly, but we will keep our memories close in our hearts.  We love you PopPop.  “Don’t cry because it’s over.  Smile because it happened.”

Tim's family will receive friends on Saturday, March 9, from 2 to 5 pm at Hecker-Patron Funeral Home, 13151 Cleveland Ave. NW, Uniontown. Visitation will conclude at 5 with a celebration of Tim's life by his daughters.

To order memorial trees or send flowers to the family in memory of Timothy Scheeser, please visit our flower store.