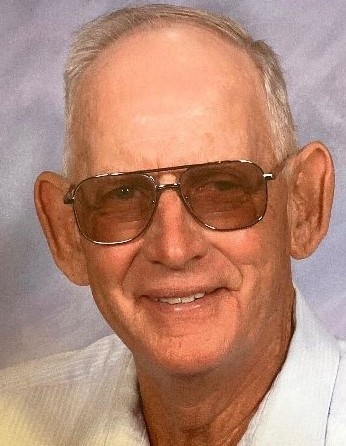 Ronald Merl Cordier Sr., 82, passed away peacefully, in his home, while surrounded by family on March 29th, 2022. Born to Merl and Ruby Cordier in Hartville, OH, Ronald was the oldest of five, spending his childhood in Mogadore, OH, where he graduated in 1957.

After attending a semester of college, Ronald quickly decided he wanted to enter the workforce and began a career with A&P, which he continued for many years while he and his beloved wife, Donna Jo Cordier, began and raised their family, consisting of two children, Ronald Cordier Jr. and Diana Skalak (Cordier), after which, Ronald went into business for himself, focusing on carpentry and lawncare. Ronald found much success in business, community and in family, as it continued to grow, with the addition of three granddaughters, Amanda Brown (Cordier), Ashley McCartney and Hannah Skalak.

If Ronald wasn’t working, you could still find him in his blue dickie work pants, white t-shirt and a ballcap, with a pencil tucked behind his ear. This, along with his tightly laced work boots, would become his signature look. A look that not only signified his incredible work ethic and dependability, but also the modest and fulfilling life he led.

Ronald enjoyed camping and boating with his family and friends and was a member and Commodore of the Mogadore Boat Club in Beverly, Ohio.

Ronald was blessed to enjoy many years of retirement, most of which with his wife by his side, fulfilling their snowbird dreams, spending the winter months in Fort Myers, Florida, where they were an integral part of their Lazy Dayz Community.

It is important to note, Ronald was a man of God and a proud, lifelong member of the Springfield Church of the Brethren.

In lieu of flowers, Memorial Contributions may be made to Springfield Church of the Brethren.

To order memorial trees or send flowers to the family in memory of Ronald Cordier, Sr., please visit our flower store.