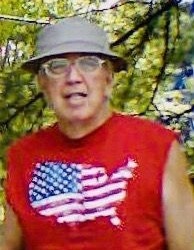 Bob, was a member of Trinity Church of the Nazarene in Uniontown, faithfully serving the Lord, and was very devoted to his church family. He enjoyed Harley Davidson bikes and served his country, proudly, in the United States Army.

In addition to his parents, he was preceded in death by his brother, John Zeitler.

In honoring Bob’s wishes, there will be no visitation.  A Memorial Service, celebrating Bob’s life, will take place on Saturday, December 14, 2019 at 2:00 pm, Trinity Church of the Nazarene, 2780 Canton Road, Uniontown, Ohio 44685.

Those wishing to reminisce, share their prayers or condolences, may do so by visiting: heckerpatronfuneralhome.com.

To order memorial trees or send flowers to the family in memory of Robert Zeitler, please visit our flower store.

Trinity Church of the Nazarene