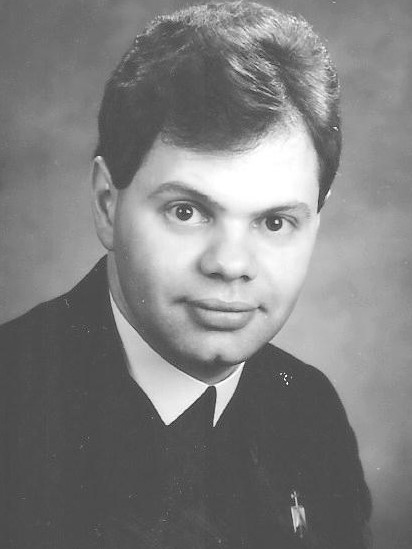 On May 24, 2022, Brother Nicholas V. Patron, Jr. completed his work on earth and was reunited with his parents, as God called him home. “Well done my good and faithful servant.”

He was born March 26, 1951 in Canton, Ohio, to parents, Nicholas V. and Mary J. (Ottavio) Patron, Sr. Nick grew up in a devout Catholic family, with strong Catholic heritage and its moral teachings. He and his family were parishioners of St. Joseph’s Catholic Church in Canton.

A Central Catholic High School graduate, Nick attended and graduated from Walsh College, where he earned his Bachelor of Arts and Master’s degrees in education, as well as earning his Doctor of Ministry degree. Throughout his teaching career, he taught grades Kindergarten through 12th grade; was a Special Education and Learning-Disabled Instructor; French teacher and Driving Instructor. He participated in many extracurricular activities and committees such as; school newspaper, school yearbook, French Club, Chess Club, Drug Prevention, Youth Ministry, Campus Ministry, and Academic Challenge Facilitator. He was awarded Teacher of the Year in 1980; Canton’s Best Teacher in 1983, Who’s Who in American Education in 1998; and Walsh Alumni Nominee in 2008.

Nick went above and beyond his dedication to his students. First and foremost, he was always engaged with his students, was always willing to listen, and made learning fun and enjoyable. To this day, former students reflect on the teacher and person he truly was.

The most important decision Nick made in his life, was to follow the Lord, becoming a brother and living the way Jesus lived, simply, while taking the vows of obedience, poverty, and chastity. A wonderful gift of self to God. Through his outreach, he shared the love of God, ministering as a Hospital Chaplain, those in prison, and the everyday person. Nick wanted for nothing and asked for nothing. He shared these words, “I came into this world to do His Will. There comes a time when each of us must go home to God, no matter what we leave behind. Although I was never wealthy with monetary matters and collectibles, it is my vocation to God, family, and friends that makes me rich and wealthy forever.”

Nick is missed by those who celebrate that he is now at peace; sister, Kathy (Jim) O’Leslie; brothers, Frank (Kathy) Patron, Jim (Sue) Patron, David (Polly) Patron; numerous, nieces and nephews; great nieces and nephews; cousins; and many whose paths Nick crossed during his ministry and lifetime.

It was Nick’s wish that there be no visitation. He has chosen for a Prayer Service to be held privately, with his immediate family only, followed by interment at Calvary Cemetery. “May our good God shower you with His choicest blessings and always keep you in His loving care. Amen” – Nick

Nick requested that arrangements be entrusted to Hecker-Patron Funeral Home, under the care of his brother, Jim. Prayers, fond memories, and expressions of sympathy may be shared at: heckerpatronfuneralhome.com.

To order memorial trees or send flowers to the family in memory of Nicholas Patron, Jr., please visit our flower store.