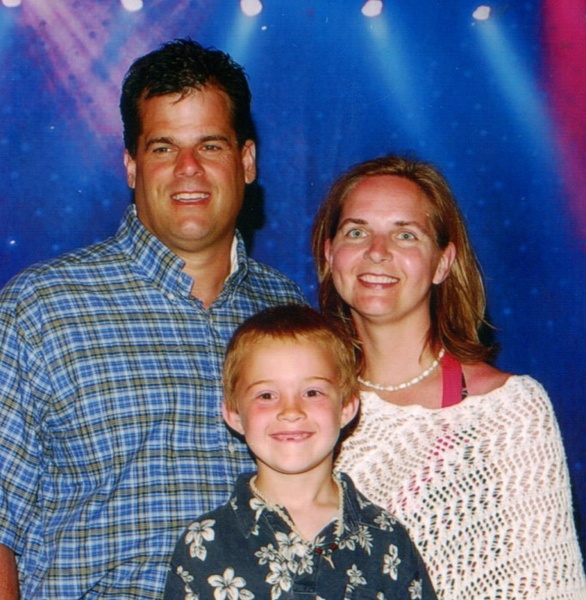 Whether you called him Mikey, Big Dog or Big Daddy, Mike was larger than life. He lived his life to the fullest and never held back his hugs and his love for you. He was the life of the party and everyone wanted to be near him as he told animated stories of his life. Mike leaves behind so many friends including his best friend Jack Barnett. He loved his dogs Max and Riley and also kids from all over Akron. He especially loved Lake Erie and being on his boat.

Michael's first love was his family. He told everyone how he married the best woman in the world. His 16 years of marriage to Lisa was a gift. He also leaves behind his son Mason who will mourn him at a time when he is beginning college at the University of Akron. Mason will miss going to the Indians games and watching their favorite sports teams. There is a large hole in all of our hearts that will never be filled. John 10:27-28 says, "My sheep hear my voice, and I know them and they follow me . I give them eternal life, and they will never perish and no one will snatch them out of the father's hand." Michael also will be greatly missed by his parents that he loved dearly, John and Sue Marshall; brothers, Mark (Julie) and Matthew (Angie); brother-in-law, Brian Booth; nephews, Tyler, Logan, Luke and Nate Booth, Nicholas and Noah Marshall; niece, Avery Marshall; mother-in-law, Nancy Miller; and many other cherished family and friends. Michael was welcomed in heaven by his sister Mindy Booth, who preceded him in death.

Visitation Friday 4 to 7 p.m. at the Chapel in Akron, where funeral services will be held on Saturday at 10 a.m. with Pastor Duane Crabbs officiating. Burial at Rose Hill Memorial Park. For those wishing, memorials may be made in his name to South Street Ministries, 130 West South St., Akron, Oh 44311.  Hecker 330-699-2600. For those attending, v isitation and funeral service will be held in the Worship Center at the Chapel in Akron. Please use their Chapel Dr. Entrance.

To order memorial trees or send flowers to the family in memory of Michael Marshall, please visit our flower store.