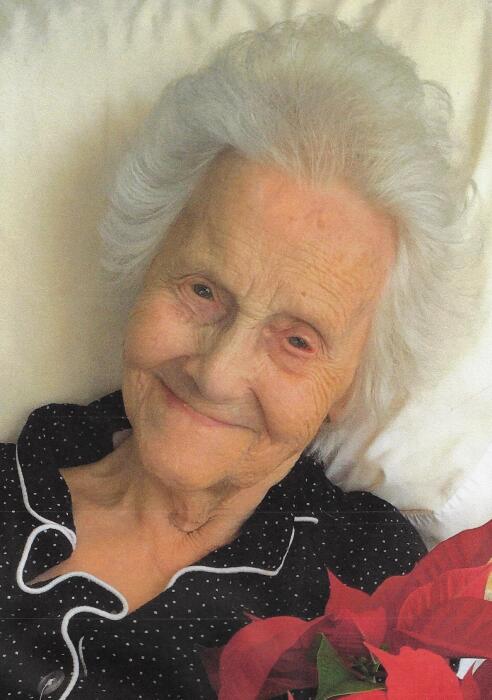 She was born in Replete, WV on January 9, 1920, the daughter of the late Lloyd and Alta Lough Bickel. Irene was a homemaker, school teacher, and Sunday school teacher. She taught Kindergarten for over 20 years and she often said, “…there is nothing in the world sweeter than a five year old.” Irene loved children and made an impact on so many.  Irene was a devoted and loving wife, mother and grandmother.  In her later years she enjoyed working jigsaw puzzles, listening to the radio and reading her Bible. Irene’s life has been an example to all of us of what it means to be a true Christian. She faithfully loved and served God and put others first. We have all felt her love, support, and prayers.

The family would like to thank the staff at the Braxton Healthcare Center who worked tirelessly providing care for their residents during such trying times. Heroes truly do work there.

A graveside service will be held at the convenience of the family at the East Liberty Cemetery in Green, Ohio. Arrangements are being handled by Hecker- Patron Funeral Home, Uniontown, Ohio.

To order memorial trees or send flowers to the family in memory of Lorraine Burgess, please visit our flower store.