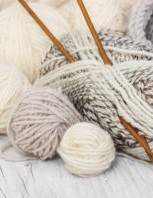 Born March 30, 1922 in Ravenna, Ohio, she was the daughter of the late William Lange and Elsie Barnneski Lange.

In addition to her parents, she was preceded in death by her husband, Robert Hout and brother, Robert Lange.

Lois’ memory will live on in the hearts of those who survive; son, Larry (Kathleen) Hout of Homosassa, Florida; four grandchildren; and six great-grandchildren.

She was a graduate of Barberton High School and enjoyed knitting and painting.  She was very active in the Uniontown and Hartville communities with the Senior Citizens groups, enjoying social activities and providing an important role and helpful resources to the communities.  She was a wonderful wife, mother, and grandmother.  She was truly, “one of a kind.”

Memorial Contributions may be made to:  Grace United Church of Christ, 13275 Cleveland Avenue, NW, Uniontown, Ohio  44685.

To order memorial trees or send flowers to the family in memory of Lois Hout, please visit our flower store.