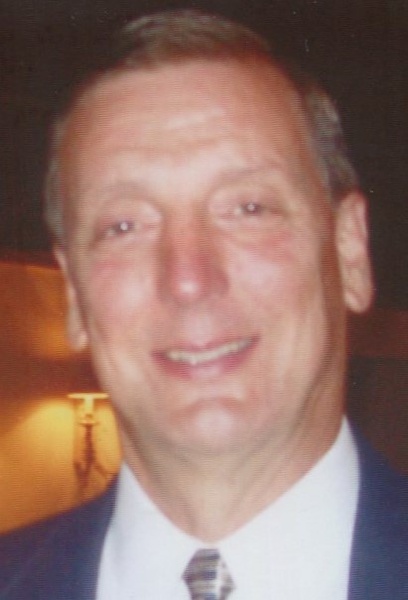 Larry Dale McClellan, 73, passed into heaven on May 11, 2018. Born in Akron, Ohio on April 15, 1945 to Dale and Violet (Spriggle) McClellan, he was a 1963 graduate of Green High School. Immediately after graduation, Larry began working as an orderly at Akron Children’s Hospital while serving in the Army Reserves and attending the University of Akron where he received a bachelor’s degree in biology. After graduating the University, he continued to work at the hospital as a respiratory therapist, retiring as head of the department with 30 years of service. At the age of 50, Larry pursued his second career by furthering his education at Pittsburgh Institute of Mortuary Science in order to obtain his embalmers and funeral directors license. He worked along side his family at Hecker Funeral Home for the next 25 years until he retired due to illness.

Larry had the privilege of a blessed life.  He enjoyed reminiscing about learning to hunt, trap and fly fish, a skill he was able to teach many people in later years along with tying the flys. He always looked forward to his trips to Mogadore Lake fishing with his father, father-in-law, and not-so-skilled wife.  Larry loved the stories about the hunting dogs he trained and the pet dogs that followed them around as children, but he especially loved the ones about the animals that we had in later years, Mikey, Danny, Rotten Rodney and so many more. His favorite stories, however, were the many he told of our Rottweiler Maxwell and his friendships with the kids in the neighborhood and the wonderful people and animals at agility school, some of whom remain close friends today.

Larry also enjoyed recalling the neighborhood ball games in their backyard and the plates of homemade cookies his mother would bring out for everyone to enjoy. To this day, when we run into one of the kids from the old neighborhood, the first things they bring up are those plates of ginger cream cookies made by Mrs. McClellan.

Larry also had fond memories of learning to garden and preserve, a passion he enjoyed throughout his life. In the summer he always had corn, tomatoes, beans, zucchini, peppers and more to share with family and friends.  It was a combination of his love for food, the fresh vegetables he grew, and working second shift at the hospital that fueled his interest in cooking, a skill he mastered early. By the time Larry got home from work, everyone would be asleep and he quickly learned if he wanted to eat, he had better learn to cook.

Larry was also fortunate to have lived in the era of muscle cars. He would light up every time he talked about his 1967 red GTX and how it could beat anything on the road.  His one regret in life was that he did not hold on to that car.  Larry also enjoyed the many hours he spent on his boat with family and friends water skiing on West Branch.

While attending Akron University and working at Children’s Hospital, Larry met two guys that would became his lifelong friends. The three became inseparable, but what really solidified their friendship was their love for good food. Their brotherhood grew by leaps and bounds over the many meals they shared. I’m sure there are people out there that could out eat Larry, but he could eat more than anyone we knew and never gain a pound, only to be bested once when they were in New Orleans eating mile high pie...Joe.  Whatever it was that brought the three of them together, they formed a friendship that grew to where they were more like brothers than friends. Our families have spent many happy times together and unfortunately some sad ones too. We are so thankful they have been such a big part of our lives and will be forever grateful to them for rallying around us in this final journey.

Larry was preceded in death by his parents and nephew John May. He will be greatly missed by his wife of 31 years, Cindy; sister and brother-in-law, Linda and Bob May; brother and sister-in-law Terry and Sylvia McClellan; father and mother-in-law, Howard and Betty Hecker; and sister-in-law Sue Samples. He also leaves nieces, nephews and their spouses; Melinda and Adam Easton with children Colton and Violet, Dale and Christina McClellan with children Branon and Jared, Aaron and Risa McClellan with children Abbigail, Logan and Emma, Brian and Sarah Smith, Kevin and Kristan Smith with children Kade and Kaelin, Ryan and Amber McClellan with children Aidan, Liam and Ryder, Melissa and Tony Zapata with children Caleb and Adelyn; close friends Bob Floyd and Connie Brooks; Al and Nancy Michael and Joe and Diane Mellion with whom he held many cherished memories and shared an impenetrable lifelong friendship for more than 43 years. He also leaves many other wonderful relatives, neighbors and friends.

Larry and I would like to take this time to thank some very special people: Mary Lynne and Ron Layton (his pizza buddy) for diligently working to get Larry established as a patient of Dr. Michael Tirmonia, a wonderful, caring doctor who did not quit until he was able to correctly diagnose Larry which allowed us to have a little more precious time together. I would like to also thank them, and so many more of you, for your continuous thoughts and prayers, support, offers of help, helping hands, encouraging calls, visits, thoughtful cards and gifts.  I will never forget a single one of you. We are so very grateful to have been blessed with such caring family and wonderful friends. I would also like to extend a special Thank You to my sister Sue and Larry’s sister Linda and her husband Bob for seeing that every other aspect of my life was handled so that I could spend as much time as possible with Larry throughout his illness.

In keeping with Larry’s wishes, there will be no services. He said he wouldn’t be able to make it; he already had previous plans to meet up with some special people he hasn’t seen in awhile….and a few really special animals too. He said not to worry though; he carried a part of each and everyone of you with him in his heart. He passed on your hugs and sent your regards and he looks forward to seeing you on the other side.

To order memorial trees or send flowers to the family in memory of Larry McClellan, please visit our flower store.

No services to be held