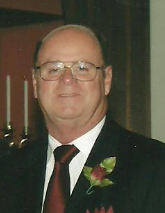 Kermit W. Berry, age 70, of Uniontown, Ohio, passed from this life on May 22, 2021 at Summa Hospital Akron, Ohio, after a short battle with cancer.

Kermit was born on November 1, 1950 to William E. and Dorothy Berry in Russellville, Kentucky.  Later, his family moved to Louisville, Kentucky, where he graduated from Fairdale High School.

On August 3, 1979, he married Vickie Kaufman of Morrison, Illinois.  They were blessed with two daughters and two sons-in-law, Alicia (Steven) Graybill of Canton, Ohio and Katie (Jonathon) Hicks of Springville, Alabama.  Kermit was “Pa Pa Kerm” to four wonderful grandchildren, Caleb and Samuel Hicks and Joseph and Lydia Graybill.

Kermit was preceded in death by his parents and is survived by his two brothers, James (Pat) Berry of Ohio and Ronald (Joy) Berry of Kentucky.

He will be remembered by his many friends and family for his slow smile, his telling of funny jokes, and his love of all you can eat buffets.

Visitation will be held at the Gospel Assembly Church, 2535 Wise Road, North Canton, Ohio, Saturday, May 29, 2021, beginning at 11:30 am, followed by the funeral service at 1:00 pm.  The service will be officiated by Pastor Rick Moore.  Interment will be at the Louisville, Kentucky Christian Assembly Church at a later date.

Hecker-Patron Funeral Home was privileged in assisting the Berry family and was entrusted with Kermit’s care during this tender time.  To share your prayers, memories, and express your condolences, please visit our website at: heckerpatronfuneralhome.com.

To order memorial trees or send flowers to the family in memory of Kermit Berry, please visit our flower store.