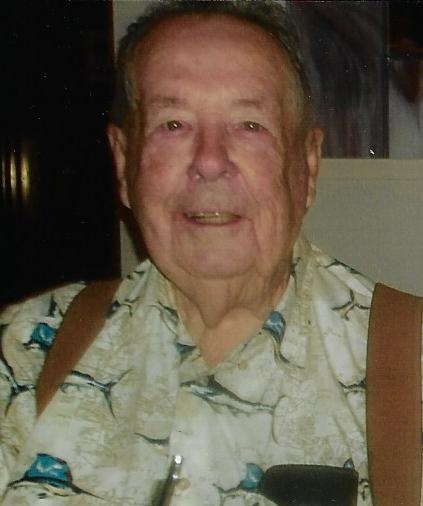 On January 1, 2021, John P. Fleischman passed away peacefully in his home, and the Lord welcomed him with open arms to heaven.  He was born to the late John F. Fleischman and Marie Haas Fleischman on July 30, 1927 in Canton, Ohio. At the age of eight, John and his family moved to Greentown, Ohio where he spent the remainder of his life.

John’s memory will live on in the hearts of his family he has left behind: his wife of 65 years, Anna Fleischman of Greentown; daughter, Ruth (Lyle) Knisley of Pennsylvania; sons, Gary (Rhonda) Fleischman of East Sparta, Scott (Jane) Fleischman of North Canton; grandchildren, Jason, Amanda, Zachary, Rachel, Heidi, Daniel, Jordan, Travis, and Stacey; and 8 great-grandchildren with another on the way. Also, preceding John in death were his brother, William Fleischman; and sisters, June Keck, and Dolores Kalbfell.

John, at his core, was a man of faith, family, and service. John also loved to tell stories and jokes; his favorite one being, “I was in the top ten of my class...of course, there were only actually nine in my class.” His warmth and kindness, a God given attribute, reflected in his eyes and has been a trait he has passed down to his family. He was a member of the Greentown United Methodist Church prior to attending the Zion United Church of Christ, Plumbers Local Union #94, and was part of the Greentown Volunteer Fire Department for 28 years. John also served his country during WWII. He was part of the Airforce and was stationed in Alaska; serving as a weatherman, he would usher in planes safely.

In respecting John’s compassion for others, visitation and services will be private with family members only in attendance at Hecker-Patron Funeral Home, Uniontown. Additionally, interment will be at The Greentown Cemetery.

In lieu of flowers, the family requests Memorial Contributions to be made in John’s name to the Zion United Church of Christ Memorial Fund, 415 Main Street, N. Canton, Ohio 44720.

To order memorial trees or send flowers to the family in memory of John Fleischman, please visit our flower store.