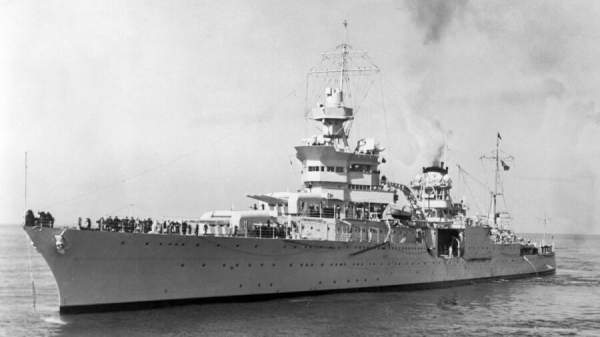 James “Jim” Kenneth Jarvis passed away peacefully on June 6, 2020.  Jim was born on November 4, 1921 to Blair and Leora Jarvis and preceded in death by his parents; brother, Jack; sister, Camilla; and son-in-law, Rich.

He graduated from Weston High School and worked for the Glenn L. Martin Company (Lockheed) in Baltimore, Maryland, until he enlisted in the U.S. Navy in 1944.  He served aboard the USS Indianapolis and was one of the 316 survivors of the ship’s torpedoing and sinking, which claimed 879 lives.  Jim was awarded the Purple Heart and a Congressional Gold Medal of Honor, collectively, for the crew’s perseverance, bravery, and service to the U.S. states.

He remained active with the USS Indianapolis Survivor’s Organization.

Jim retired from Goodyear Aerospace in Akron, Ohio, having worked in Research and Development for 35 years.

A private service will be held with military honors.

Hecker-Patron Funeral Home has had the privilege of caring for Jim and assisting his family.

The family prefers no flowers, however, if you would like to make a contribution in Jim's memory, you may contact the USS Indianapolis Survivor’s Organization, Elko Perchyshyn, Treasurer, 1073 Orange Avenue, East, St. Paul, MN 55106.

To order memorial trees or send flowers to the family in memory of James Jarvis, please visit our flower store.