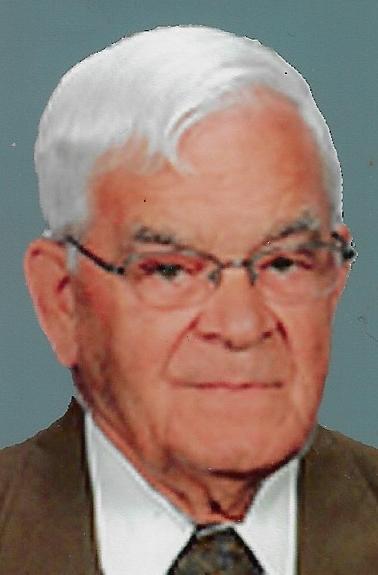 Gussie Rogers, 97, went home to be with his Lord and Savior on December 26, 2020. Gussie was born on March 17, 1923 in Richwood, WV, son of Hester Young, who preceded him in death, along with his brothers, Snowden, Leslie; and sister, Immogene.

He was a WW II veteran serving in the US Navy. After serving his country, he returned to Akron, Ohio, where on December 15, 1945, he married Phyllis (Billie) Robinson. Together they had one son, Danny. Gussie was a father figure to many of Danny’s childhood friends.  Gussie spent his early years in Akron, and then moved to Randolph, Ohio, where he and his family now made their home; filling it with faith, love, and blessings. Gussie worked at Mohawk Tire and Rubber Company until his retirement in 1976. After retirement, he enjoyed spending time with his wife and family; especially going to family picnics, anniversary celebrations and family vacations to Myrtle Beach. He was an active member of Trinity Church of the Nazarene, where he served as an usher.

Due to Covid restrictions, a Celebration of Life service will be planned for a later date. Memorial contributions may be made to Trinity Church of the Nazarene.

Gussie’s care and serving his family during this tender time, has been entrusted with Hecker-Patron Funeral Home, Uniontown, Ohio.

To order memorial trees or send flowers to the family in memory of Gussie Rogers, please visit our flower store.