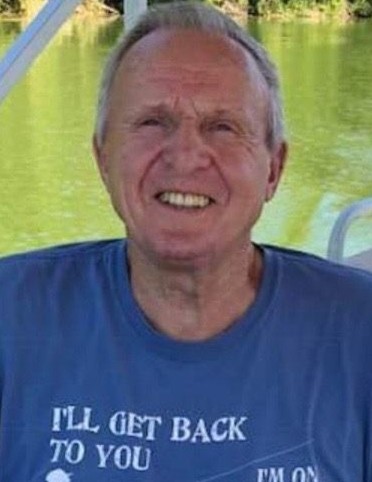 They moved when he was 2 years old to Lake Township.  He graduated from Uniontown High School.  He was class president, played football, basketball, and ran track.  Basketball was his first love.  He married his high school sweetheart, Dorothy Mohler when he was 20 years old, on June 15, 1957.  They were quickly blessed with 6 children and were married for 64 years.  They had many adventures traveling the country.

He began his construction career at Shoemaker Construction.  After a few years, he started his own company, Pepper Construction.  He sponsored the Greentown Little League during this time.  He built 2 homes for his family.  His second one was a small working farm, where he raised his own meat and had a large vegetable garden to feed his family.  During the recession, he got his real estate license, selling real estate for several years.  He eventually began selling new construction for Joe Hershberger Construction, which eventually became Colonial Homes.  When he retired from Colonial Homes, he joined Dorothy in selling real estate for a few years.

He was a member of Greentown United Methodist Church for over 50 years.  He served on several committees and was always willing to help when needed.

He loved to hunt and fish.  He liked to keep busy and didn’t sit still for very long, unless he was holding a fishing pole or watching the Cavs.  He was asking to watch the Cavs until the very end. He and Dorothy spent many of their retirement winters in Florida, while yes, fishing.

While in Florida, he took up the hobby of wood carving.  He was very talented, despite his limited vision.  He gifted many of his loved ones with beautiful and cherished wood carvings.

He was blessed with his first great-granddaughter in 2021.

In memory of George, donations may be made to Greentown United Methodist Church for the Shoebox Ministry.

George will be greatly missed, but we know he is rooting for the Cavs in Heaven.

To order memorial trees or send flowers to the family in memory of George Pepper, please visit our flower store.