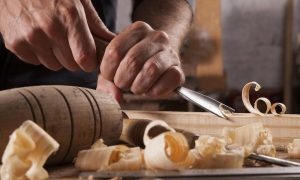 In addition to his parents, he was preceded in death by both maternal and paternal grandparents and brother-in-law, Calvin McNutt.

David was a 1973 graduate of Ellet High School.  He enjoyed woodworking and the creativity with each and every step, as he watched his designs from the image he would project, until their final beauty was completed.

In honoring David’s wishes, there will be no visitation or service.  Private interment will take place with David’s family at a later date.  The family has entrusted Hecker-Patron Funeral Home, Uniontown, in honoring his wishes.

Those wishing to share their prayers, memories, or condolences may visit: heckerpatronfunealhome.com.

To order memorial trees or send flowers to the family in memory of David Harmon, please visit our flower store.