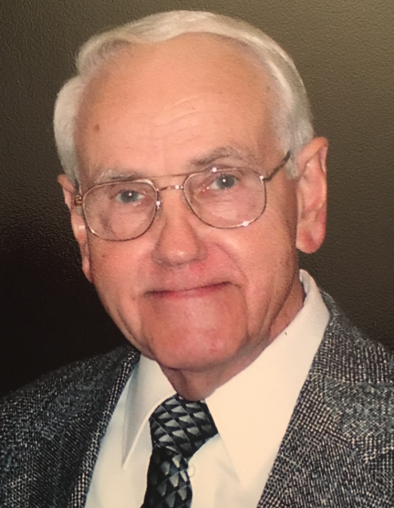 Bruce G. Clounie, 88, of Hartville, Ohio went home to be with the Lord Thursday, August 1, 2019. Born January 26, 1931 in Cleveland Ohio, Bruce was the son of the late Fred and Faith Clounie. In addition to his parents, preceding Bruce in death were his brother, Frederick ‘Ted’ Clounie in 2003 and his sister, Marian Ozinga Cole in 2017.

During the Korean War, Bruce served in the US Air Force, stationed in Puerto Rico, with the Strategic Air Command.  After retiring from a 33-year career with IBM, he occupied his time as a realtor and home appraiser. A godly husband, father, grandfather and friend, he was devoted to the Lord and spent an abundance of his time serving at his church, The Chapel in Akron, then The Chapel in Marlboro, both as an elder, mentor, Sunday school teacher and advocate for Camp Carl.

The family would like to give a special thanks to the staff at Altercare nursing home in Hartville, Ohio, who gave attentive, loving care during this most difficult of times.

To order memorial trees or send flowers to the family in memory of Bruce Clounie, please visit our flower store.