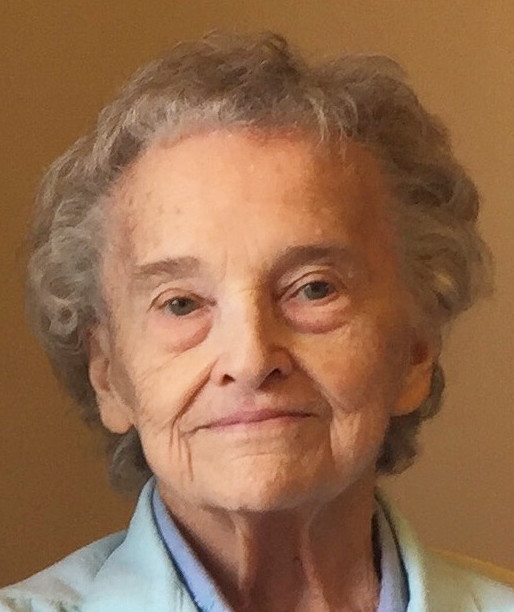 Anna Davis, a long-time resident of Suffield, Ohio, left this life and entered her eternal life in heaven on April 8, 2017.  Her home going was peaceful; she was resting comfortably.

Anna was born July 14, 1931, in Akron, Ohio to Daniel and Flara Livingston.  She grew up in Springfield Township with three brothers and three sisters.  She graduated from Springfield High School, but not before she noticed a handsome United States Marine at her church who had returned from storming the beaches of Guam and Okinawa during the World War II Pacific Campaign.  He noticed her too. They married in 1948.


She and her husband Kenneth had gown up in what eventually became known as the East Market Street Church of God.  That is where they met, married, and raised their two boys.  Over the years, she taught Sunday School, Summer Vacation Bible School, and helped whenever asked.  Most importantly, she taught her sons about God.


The center of Anna’s world was her family.  She devoted her life to her husband and children.  They always came first.  She was close to her parents, brothers, sisters and their families.  A niece pointed out that she was a strong woman who greatly loved God and loved all of her family deeply.

Preceding her in death was her husband of 63 years Kenneth Davis who loved her more with each passing year.  You could often hear them express their love for each other, and see gentle touches as they passed each other around their home they loved.  She is survived by two sons, Rod Davis (Robin), Ken Davis (Debbie); her grandchildren, Gregory (Joni), Stephanie (Dan), and Daniel (Amy); and eight great-grand-children.

In a note left for her friends and family, Anna urged them to not weep for her because she is home with Jesus waiting to meet them there.  When her husband Kenneth preceded her in death five Aprils ago, she cried for him daily and began looking forward to the day she would be re-united with him.  She is missed by friends and family, but they are comforted that she knew Jesus Christ as her Lord and Savior.

Precious in the sight of the LORD Is the death of His saints.  Psalm 116:15


A funeral service celebrating and honoring her life will be held Thursday at 1 p.m. at the East Market Street Church of God, 2084 East Market Street (Entrance off of Hilbish).  An hour to visit with her family will be held from 12:00 to 1:00 p.m.   Hecker Funeral Home will assist family with Pastor Don Knipp of Mentor and Pastor Scott Tuersley of North Canton officiating.  The family asks that instead of flowers, an eternal gift be made via donations to the Kenneth and Anna Davis Scholarship Endowment at the Pentecostal Theological Seminary, P.O. Box 3330, Cleveland, TN 37320 (Phone 423-478-1131).  Donations can be made by mail, telephone or online by going to www.ptseminary.edu and clicking on the donation button at the top of the page.

To order memorial trees or send flowers to the family in memory of Anna Davis, please visit our flower store.